Cognitive-Behavioral Therapy and Relapse Prevention for Depression and Anxiety (Book) 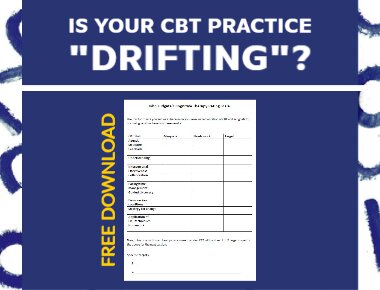 Are you practicing CBT to the best of your ability?
John Ludgate, Ph.D. shares his Cognitive Therapy Rating Scale to help therapists check-in on their own implementation of CBT and set goals for themselves for upcoming sessions. 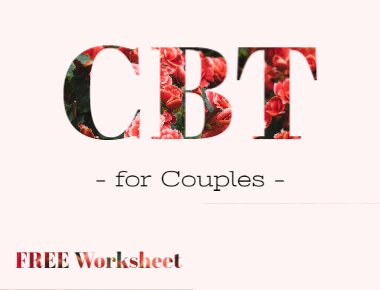 John Ludgate, PhD, is a licensed clinical psychologist who has worked as a psychotherapist for almost 30 years. He trained at the Center for Cognitive Therapy in Philadelphia under Dr. Aaron Beck, the founder of Cognitive Therapy, and is a Founding Fellow of the Academy of Cognitive Therapy. He subsequently became assistant director of training at Dr. Beck’s Center. His current practice consists largely of treating clients referred with mood problems and/or anxiety conditions at the Cognitive-Behavioral Therapy Center of Western North Carolina in Ashville, North Carolina.

John is a native of southern Ireland and obtained a master’s degree in clinical psychology from the University of Edinburgh in Scotland, and a PhD from Trinity College, Dublin, Ireland in 1990. In the early 1990s, Dr. Ludgate was a research clinical psychologist at the University of Oxford in England and served as cognitive therapist in several outcome studies of panic disorder, agoraphobia, social phobia and hypochondriasis.

He authored Cognitive Behavioral Therapy and Relapse Prevention for Depression and Anxiety (Professional Resources Press, 2009) and was co-editor with Wright, Thase and Beck of Cognitive Therapy with Inpatients: Developing a Cognitive Milieu (Guilford Press, 1993). His other books include Overcoming Compassion Fatigue (PESI, 2014 co-authored with Martha Teater) and The CBT Couples Toolbox (PESI, 2018). He has written numerous journal articles and book chapters in the field of Cognitive Behavior for Anxiety and Depression. He has presented many seminars and workshops on cognitive behavioral approaches, both nationally and internationally.

Financial: Dr. John Ludgate is the owner and President of CBT Training & Consultancy, Inc. He has an employment relationship with the Cognitive Behavioral Therapy Center of WNC. He receives a speaking honorarium and recording and book royalties from PESI, Inc. Dr. Ludgate receives royalties as a published author. He has no relevant financial relationships with ineligible organizations.