How Hard Times Can Open the Heart: Deepening Your Brain’s Natural Powers for Healing (Digital Seminar) 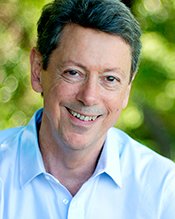 Dr. Hanson has been a trustee of Saybrook University, served on the board of Spirit Rock Meditation Center, and was President of the Board of FamilyWorks, a community agency. He began meditating in 1974, trained in several traditions, and leads a weekly meditation gathering in San Rafael, California. His work has been featured on the BBC, CBS, and NPR, and he offers the free Just One Thing newsletter with over 114,000 subscribers, plus the online Foundations of Well-Being program in positive neuroplasticity.