Wearing Your Heart on Your Face: The Polyvagal Circuit in the Consulting Room 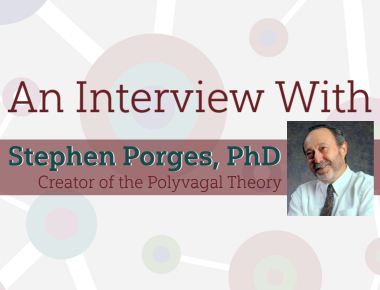 The following was written by Ryan Howes, PhD, psychologist and clinical professor at Fuller Graduate School of Psychology in Pasadena, California and first appeared in the Psychotherapy Netwoker Magazine.

As we all learned in school, we have two options in the face of perceived danger: fight or flight. But that was before neuroscientist Dr. Stephen Porges, author of The Polyvagal Theory: Neurophysiological Foundations of Emotions, Attachment, Communication, and Self-Regulation, undertook his research into the relationship between human physiology and social engagement.

Porges’s work—which noted researcher Paul Ekman called “a truly revolutionary perspective on human nature”—dramatically broadens our understanding of the sympathetic and parasympathetic systems and explains how our bodies and brains interact with one another to regulate our physiological states. However, what may be more pertinent to therapists is the extent to which our autonomic nervous systems influence long-term issues with intimacy and trust. In the interview that follows, Porges offers some research-based insights into how therapists can more effectively convey safety to clients and clarifies the evolutionary roots of anxiety, depression, and trauma.

Ryan Howes (RH): Can you explain your Polyvagal Theory in simple terms?

RH: Your work suggests that our autonomic systems are better thought of as hierarchical, rather than competing.

Porges: Right. The vertebrate autonomic nervous system has changed through stages of evolution, and the human autonomic nervous system shares several of these autonomic circuits with more ancient vertebrates. Functionally, our autonomic nervous system is composed of three phylogenetically organized subsystems. We utilize our newest systems first, and when they don’t work, we recruit older ones. In terms of evolution, the newest autonomic circuit is a uniquely mammalian vagal circuit, which inhibits the heart rate by placing a tonic inhibition on the heart’s pacemaker. This circuit also inhibits sympathetic activity. The brainstem areas controlling this neural pathway coordinate the nerves controlling the muscles in the face and head. So people are literally showing their heart on their face. That’s because humans are social beings who have to convey to one another that we’re safe to come close to, to hug, and in some cases, to have sex with. To convey this message of safety, we utilize the newest vagal circuit to down-regulate our sympathetic defenses and present cues of safety when it’s appropriate. While the face is a crucial vehicle for this, the voice also plays an important role in conveying a physiological state of calm. If the voice has a higher-pitched frequency, it’s saying, “Don’t come near me.”

The thing to bear in mind is that the vagal circuit is both expressive and receptive. That’s why you feel calmer when I use a soothing, prosodic voice. When the vagal circuit is working, our middle-ear muscles change our capacity to hear predators or low-frequency sounds. Middle-ear muscles, similar to the muscles of the face, are regulated by the brainstem area that controls the mammalian vagal circuit. Typically, when there’s something in the environment that threatens us, we turn off the vagal circuit, because it inhibits our ability to mobilize: it gets in the way of moving to fight or to flee.

RH: That’s because it’s the vagal system that makes us freeze, right?

Porges: Yes, but there are two vagal systems. The root of the Polyvagal Theory is the recognition that in the absence of the ability to fight or flee, the body’s only effective defense is to immobilize and shut down. This can be observed as fainting or nausea, both features of an ancient vagal circuit that reptiles use for defense. However, unlike the uniquely mammalian vagal pathway, these vagal pathways are unmyelinated, and are only effective as a defense system when the newer circuits, including the sympathetic nervous system, are no longer available for interaction and defense. Our reptilian ancestor was similar to a turtle, and the primary defense for a turtle is to immobilize, inhibit breathing, and lower metabolic demands. Although immobilization may be effective for reptiles, it can be life-threatening for mammals, and for humans it can lead to states of dissociation. The Polyvagal Theory provides a way of seeing how the organization of our nervous system can shape our understanding of clinical disorders and issues, enabling us to see symptoms like dissociation not as bad behaviors, but as adaptive reactions to cues in the environment that trigger our physiological responses to perceived dangers.

Think about it this way. When you want to calm a person down, you smile and talk to them in a soothing way. The nervous system detects these cues and down-regulates or inhibits the sympathetic nervous system. But when the sympathetic nervous system is activated as a defense system, it turns off all those social-engagement behaviors. Clinicians are aware of that. But what they often don’t understand is the role of the vagal system in shutting down as a defensive strategy in response to a life threat. When someone is immobilized, held down, or abused, the vagal system is triggered, and they may disassociate or pass out—or perhaps drop dead or defecate. It’s an adaptive response.

Porges: Right, you’re still, but you’re being present. For reptiles and more primitive vertebrates, the primary defense system was to disappear—to immobilize, stop breathing, and look like you’re dead. For mammals, immobilization is a risky business. We have to be selective about whom we can feel still, calm, and comfortable with. Many clients have difficulty feeling comfortable in the arms of another. They can’t immobilize without fear. If you go through their clinical histories, you’ll find that many were severely abused and had experiences of being forcedly held down. These experiences of forced immobilization trigger fear responses and shutting down. Those who survive these experiences don’t want to be immobilized and find it difficult to be held and calmed, even by people who are trying to be helpful. This response is often expressed as anxiety and a need to keep moving, which is a functional defense to a fear of immobilization. Often individuals with a history of immobilization with fear will adaptively become anxious and go into panic states to avoid this immobilization state. This is a problem many therapists see in their practices.

RH: What are the practical implications of Polyvagal Theory for clinical work?

Porges: It heightens our appreciation of the role of creating safety in therapy. For example, our bodies, physiologically, are extraordinarily sensitive to low-frequency sounds. We, like other mammals, interpret these low-frequency sounds as predatory. If your clinical office is bombarded with sounds from ventilation systems, elevators, or traffic sounds, your client’s physiology is going to be in this more hypervigilant defense mode. Likewise, if you sit some people in the middle of the room away from a wall, they may become hypervigilant and concerned with what’s going on behind them. If we’re not safe, we’re going to assume that neutral faces are angry faces. We’re going to assume the worst because that’s what our nervous system tells us to do. As vertebrates evolved into mammals, they had to interact with other mammals for survival. They needed to detect the social cues and identify when it was safe to be with another mammal. Thus, vocalizations in social contexts are less about syntax and language and more about the intonation conveying emotional state. Again, this is critical in therapy because the intonation of voice conveys more information about the physiology of the client than the syntax.

Porges: Absolutely. When you were an undergraduate, what were the lectures that put you to sleep? Was it the college professor who was off in space, who basically read from notes and had no prosodic features and no engagement? Social communication has little to do with syntax and a lot to do with intonation, gestures, and a cluster of behaviors we would call biological movement. The face is moving along with the voice and hand gestures. The behavioral features trigger areas of our brain outside the realm of consciousness and change our physiology, enabling us to feel closer and safer with another. Good therapy and good social relations, good parenting, good teaching, it’s all about the same thing—how do you turn off defensiveness? When you turn defense systems off, you have accessibility to different cortical areas for more profound understanding, learning, and skill development.


Ryan Howes, PhD, is a psychologist, writer, musician, and clinical professor at Fuller Graduate School of Psychology in Pasadena, California. He blogs for “In Therapy” at Psychology Today. Contact: rhowes@mindspring.com; website: www.ryanhowes.net.

This article first appeared in the Psychotherapy Netwoker Magazine.
Build a Foundation of Trust & Safety with Clients to Improve Clinical Outcomes 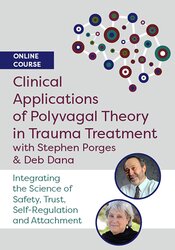 Polyvagal Theory helps you take the first step of treatment: creating a sense of safety in clients so they can start healing. Take a risk-free look at our self-paced online training course: Clinical Applications of Polyvagal Theory in Trauma Treatment with Stephen Porges & Deb Dana: Integrating the Science of Safety, Trust, Self-Regulation and Attachment.

For more information on adding this life-changing foundation to your practice, click here.
Today Only $199.99 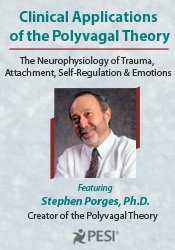 In this powerful online course, Dr. Porges bridges science and clinical practice to show you how the principles of the Polyvagal Theory and features of the Social Engagement System apply in the clinical setting.

Revolutionize your treatment approach and lead your clients down the path of health, growth and restoration — enroll today!
Today Only $124.99
Meet the Expert:
Stephen W. Porges, PhD, is Distinguished University Scientist at Indiana University, where he is the founding director of the Traumatic Stress Research Consortium within the Kinsey Institute. He holds the position of Professor of Psychiatry at the University of North Carolina and Professor Emeritus at the University of Illinois at Chicago and the University of Maryland.