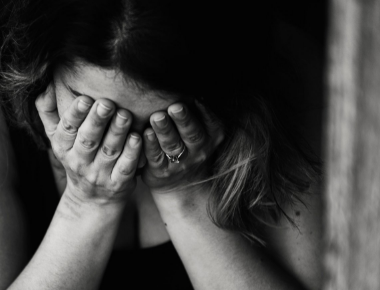 Janina Fisher, world-renowned trauma expert and speaker at the 45th Annual Psychotherapy Networker Symposium, recently sat down with our team to share her excitement for the upcoming event.

When asked to describe her experience, she said, “I’ve been speaking at Symposium for ten years, and it’s unlike any other conference. There is so much excitement and energy, and everyone is so impassioned. It is the most sophisticated and curious audience, and it’s as much of a joy for me to speak as I hope it is for participants to listen.”

Get a sneak peek at one of her sessions, Rethinking Borderline Personality Disorder, in the interview below.

What’s going on with borderline personality? And is that even the best name for it?


We seem to have a sort of fieldwide dementia around borderline personality disorder.

Therapists go out of their way to avoid taking clients with personality disorders. There is stigma attached. It's the diagnosis that no one wants, and so it's demoralizing for the trauma survivors who get that diagnosis.


We don't know for sure, because you'd have to do prospective research. You'd have to take a group of 20,000 children, follow them from age 1, and see how many develop borderline a personality disorder. But the research we do have is on young children with “disorganized attachment,” which is the attachment style that has consistently been correlated with trauma. Research shows that disorganized attachment at age one is a statistical predictor of borderline personality disorder in adulthood. That’s one place we can be sure there's a tributary that takes people to this diagnosis.


Is borderline personality always associated with trauma, or is it just a strong correlation?


If we look at research, there's never such a thing as a hundred percent. And we also have research that shows that childhood trauma is under-reported, so we might want to factor in that that there may be people in studies and in our clinical practices who say, “Oh no, there was no abuse in my childhood.” But I always ask them an attachment-associated question, like “Were either of your parents ever frightening?”

Most say yes, and then I ask a follow-up question: “When you were young, did either of your parents appear frightened?” Many of the borderline clients who initially say they weren’t traumatized answer yes to the frightened and frightening parenting questions, which is the standard for the attachment research. That research shows that disorganized attachment is associated with parents who are frightened. Often it is the frightening parent who also frightens the other parent.


My favorite approach to use is the approach I’ve developed: trauma-informed stabilization treatment, or TIST. This is a trauma-informed parts approach. Sensory motor psychotherapy is also a very good approach for working with BPD.


What do you think clients with borderline personality need the most out of therapy? Have you seen people get better, and what was the change for them?


The biggest contributor to getting better was understanding that they had a trauma-related disorder. I tested my model in a state hospital with the most severe cases of borderline personality that you would ever meet, because these are people were hospitalized for anywhere from one to ten years because their suicidality was so intense. The hugest relief for all of them was to understand themselves as traumatized.

They felt a sense of dignity that they didn’t have when they were told they had a personality disorder. When you have borderline personality disorder, you're told repeatedly you're just manipulative and attention seeking. As my clients have often said to me: when someone calls you manipulative and attention seeking, it makes you want to die even more.

Next, it's understanding that their intense responses are triggered. That gets most clients out of the assumptions they otherwise make. When you don't know why you're feeling something, you create a rationale for it. We want them to understand, “Oh, I’m triggered, but I don't have to panic. I don't have to overreact. I'm just triggered. This rage I'm feeling is just my protector part trying to defend the hurt child inside me.”

What usually comes up first is the intense desire for contact and the fear of abandonment. Usually that manifests in difficulty getting from session to session without contact, frequently calling and wanting a call back. I start to notice that intense need for contact. I'm already expecting that the protector part, the anger, will closely follow.

As I say to my clients, therapy and therapists are very triggering. We don’t mean to be, but inevitably we are human beings.

Join Janina Fisher at the Most Renowned Gathering of Psychotherapists 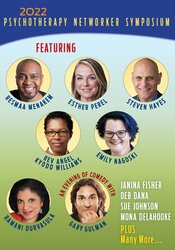 For 45 years, the Networker Symposium has been a gathering of connection, creativity, and rejuvenation for therapists dedicated to creating meaningful change for clients, communities, and themselves. Join Janina Fisher, Esther Perel, Steven Hayes, Resmaa Menakem, and more, March 10–13, 2022 as we come together to share current insights and inspiration from the leading edge of psychotherapy. Featuring over 60 of the field’s top innovators and a community of thousands of your colleagues from around the world — the Symposium offers the latest advances in the field and a range of possibilities to bring fresh, impactful ideas to your practice.
REGISTER TODAY
Meet the Expert:
Janina Fisher, Ph.D., is a licensed clinical psychologist and former instructor at The Trauma Center, a research and treatment center founded by Bessel van der Kolk. Known as an expert on the treatment of trauma, Dr. Fisher has also been treating individuals, couples and families since 1980.

She is past president of the New England Society for the Treatment of Trauma and Dissociation, an EMDR International Association Credit Provider, Assistant Educational Director of the Sensorimotor Psychotherapy Institute, and a former Instructor, Harvard Medical School. Dr. Fisher lectures and teaches nationally and internationally on topics related to the integration of the neurobiological research and newer trauma treatment paradigms into traditional therapeutic modalities.

She is co-author with Pat Ogden of Sensorimotor Psychotherapy: Interventions for Attachment and Trauma (2015) and author of Healing the Fragmented Selves of Trauma Survivors: Overcoming Internal Self-Alienation (2017) and the forthcoming book, Working with the Neurobiological Legacy of Trauma (in press).