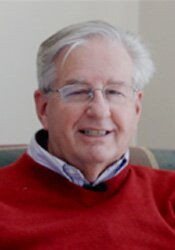 Don Meichenbaum, Ph.D., is Distinguished Professor Emeritus from the University of Waterloo, Ontario, Canada from which he took early retirement 20 years ago. He is presently Research Director of the Melissa Institute for Violence Prevention in Miami (Please see www.melissainstitute.org>). He is one of the founders of Cognitive Behavior Therapy.

He has presented in all 50 U.S. states and internationally. He has published extensively and most recently published Roadmap to Resilience: A Guide for Military Trauma Victims and Their Families (visit http://www.roadmaptoresilience.com>www.roadmaptoresilience.com). His other books include Treatment of Individuals with Anger Control Problems and Aggressive Behavior; Stress Inoculation Training; Facilitating Treatment Adherence; and The Unconscious Reconsidered.

Financial: Donald Meichenbaum is Research Director of the Melissa Institute for Violence Prevention and Treatment. He is the Distinguished Professor Emeritus for the University of Waterloo, Ontario, Canada. Dr. Meichenbaum receives a speaking honorarium from PESI, Inc. He has no relevant financial relationships with ineligible organizations.

Non-financial: Donald Meichenbaum has no relevant non-financial relationship to disclose.