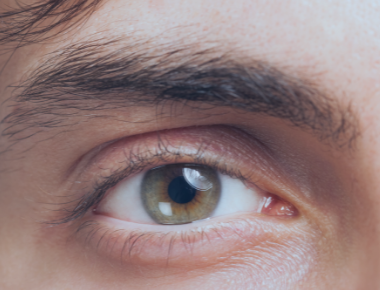 
Eye Movement Desensitization and Reprocessing (EMDR) is a psychotherapy technique that is predominantly used to treat traumatic and stress-related disorders. Although this type of therapy has been mainly recognized due to its success in treating patients with Posttraumatic Stress Disorder (PTSD), many studies have also shown EMDR success with treating the symptoms of other mental disorders, including:

In this article, we’ll investigate the effectiveness of EMDR therapy in treating those with depression, and why this therapy which is predominantly used to treat trauma can be applied to patients who are suffering from depression, too.


According to the American Psychiatric Association, depression is one of the most common mental disorders in the world – an estimated 19.4 million adults in the United States has at least one major depressive episode in their lifetime. The most common depression symptoms include lack of interest in daily activities, weight loss or weight gain, excessive sleeping, insomnia, feelings of worthlessness and guilt, and in some extreme cases, suicidal ideation.

Depression can manifest itself in many forms. Therefore, symptoms can vary depending on the person. The majority of patients with mild depression are encouraged to adopt healthy lifestyle changes, such as exercise or self-help techniques. Cases with moderate symptoms will most likely be referred to a counselor to conduct Cognitive Behavioral Therapy (CBT) or other talk therapies to alleviate their symptoms. In more severe cases of depression, antidepressant medication is generally prescribed. However, this is usually only in cases where there is no improvement with the use of talking therapies.

In the studies investigating EMDR as a treatment for depression, results showed the practice to be very effective, especially in cases of trauma-induced depression. This variation of depression is specifically induced by a life-changing event, such as a bereavement, and although trauma-induced depression shares many of the same symptoms of other depressive disorders, there are some unique symptoms to consider. These can include symptoms such as disillusionment, recurring flashbacks, and sometimes nightmares about the event.


The Link Between Depression and Childhood Trauma


In recent years, there have been a significant number of studies suggesting that the effects experienced from childhood trauma will most likely reoccur in adulthood trauma. A prevalent study by Bernet and Stein (1999) revealed that patients who had experienced physical and emotional abuse in childhood were more susceptible to major onset depression in their adult life. A recent study conducted by Negele et al. (2015) also found that 75% of their participants with major depression had experienced some form of childhood trauma in their lifetime. Their study also revealed the importance of trauma subtypes. Patients with major depression reported significantly more emotional abuse and neglect in their youth. These patients were not only more prone to major depressive episodes, but they were also categorized as ‘persistent depressive’ – meaning their depression mainly had symptoms associated with Dysthymia, which is a milder ongoing depression.

The study also highlighted that depression was not only a result of childhood trauma. Distressing events which happen in later adult life can also induce depression. The researchers concluded that their chronically depressed patients had not only been exposed to childhood traumas, but also multiple traumas throughout the course of their lives in some cases. They concluded: "The magnitude in the frequency of traumatized depressives and of multiple traumatized depressed patients remarkably stresses the impact of trauma within chronic courses of depressive disorders and the necessity to intensively and critically integrate this trauma aspect in treatments." Due to the trauma-related aspects of depression, EMDR has the potential to significantly alleviate the effects of this disorder, making it a potentially successful therapy in treating patients with PTSD and depression.

Does EMDR Work For Depression?


When researching the case for EMDR as a treatment for depression, many studies have found relative success in this method. In one study conducted by Gauhar and Muana, their research mainly focused on EMDR as a primary treatment for depression. They found that EMDR was beneficial as both a short-term and long-term therapy. The participants who received 6-8 weekly EMDR treatments reported a significant decrease in the symptoms of depression. Overall, they all reported an improvement in their quality of life after three months of EMDR therapy.

These findings are especially promising, as much of the other research focuses on EMDR as a secondary therapy alongside medication or CBT. In a 2014 study by Hese et al., researchers found that EMDR not only works successfully as an additional treatment, but their research also showed remissions in the depressive symptoms, indicating that the therapy had effects on the patient’s cognitive processes in the long term. Their research left room to explore the potential that EMDR has to treat patients with recurrent depression, as they uncovered the link between persistent depressive disorders and stored memory.


Some studies suggest that EMDR even has the potential to impact the cognitive thinking of a patient with depression. Gauhar and Muana aimed to demonstrate that negative thoughts could be replaced by positive beliefs, and therefore relieve patients of their symptoms. In the concluding analysis, their results showed: “When one memory got processed, another linked memory would surface and would become the target of EMDR for processing. As the targeted beliefs were processed and closure was made, in the following session, new targeted negative beliefs were identified for processing. However, participants stated that many of the other negative beliefs, which they had identified at the beginning of treatment, no longer felt true. The shift in the validity of the targeted cognition seemed to generalize to other untreated negative cognitions.”

These findings are significant as it shows the potential of EMDR in treating long-term depression. EMDR as a therapy treatment for depression has proven results of tackling the root of the traumatizing memories which enable these negative thoughts. The study highlights the impact negative memories can have when prolonging a person’s depressive state, and therefore EMDR can have a positive effect as a beneficial treatment.


Some patients do experience side effects after an EMDR session. During treatments, emotions are heightened and therefore patients are more likely to become triggered. One small study showed that some patients receiving EMDR were susceptible to experiencing bouts of depression, vivid dreams and lightheadedness. However, these effects are an expected part of the process, and it is essentially up to the patient to decide whether they want to continue the treatment. In most cases, it will be strongly recommended to finish treatment.


The important thing to note when considering these studies is their focus on treating depressive disorders which have been impacted by trauma. Although in the vast majority of the studies it seems as though many patients with major depression have experienced some distressing event in their lifetime, it also cannot be assumed that EMDR will work for everyone. Like all treatments, the effects are dependent on the person and the significant life events which they have experienced.

That being said, the use of EMDR therapy for treating depression has been identified to be successful in some cases, which is where the discretion of the clinician must be utilized as to whether a patient is eligible for EMDR therapy over more typical depression treatment methods, such as CBT.

If you want to learn more about EMDR, we have a range of blogs covering this topic. We also have a wealth of online courses that specialize in EMDR – such as our EMDR Plus course or our course on integrated trauma, including complex trauma. For more information about EMDR training through PESI, contact our friendly team today.