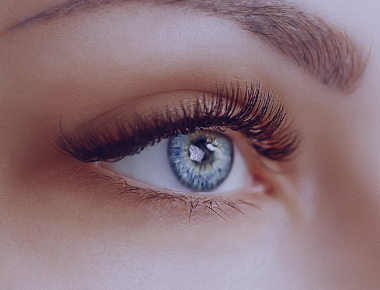 
In the clinical industry, it’s well-known that Eye Movement Desensitization and Reprocessing (EMDR) is most commonly used for treating patients with posttraumatic stress disorder (PTSD). However, studies have shown that EMDR can also be efficiently utilized for treating other medical conditions – such as eating disorders or anxiety-related conditions such as Obsessive Compulsive Disorder (OCD). These studies show that EMDR is also especially effective when used in conjunction with other treatments, such as Cognitive Behavioral Therapy (CBT).

This article delves into the benefits of using EMDR to treat OCD and trichotillomania and discusses how the treatment can be adapted to suit specific patient needs.


OCD is clinically defined as a psychiatric condition where an individual has obsessions and compulsive behaviors. The condition is generally characterized by two main symptoms:

EMDR Therapy as a Treatment


Most clinicians are aware that EMDR was mainly popularized as a treatment for PTSD – yet, research has found undeniable links between trauma and Obsessive Compulsive Disorder. The method of EMDR as a treatment utilizes eye movements and other forms of bilateral stimulation (BLS) to help the brain process traumatic memories. You can find out more information about the process of EMDR and how it works from our detailed guide.


Similarities Between Trauma and OCD


Previously, clinicians have focused solely on the intrusive thoughts and obsessions – which are the main symptoms of a patient with OCD. However, Rachman (2010) suggests that the majority of patients with OCD can identify a significant event that triggered the development of their disorder, and it is thought that around 30 to 82% of people with OCD have also experienced a significant stressful life event.

Some theories suggest that OCD can be rooted in experiencing trauma – those who encounter incidents such as sexual assault, physical violence, or persistent emotional abuse often feel intense feelings such as shame and disgust. These feelings can then develop into PTSD, or contamination-based OCD, and a person may then adopt certain tendencies to ‘decontaminate’ themselves. Similar to PTSD, symptoms of OCD can include intrusive recollections from a direct traumatic experience – this then manifests into the obsessive actions or thoughts that take over the everyday. With both OCD and PTSD, a patient will adopt certain behaviors with the main intention of reducing their anxieties.

EMDR for OCD in Adolescents


Studies have shown that 50% of adults with OCD first develop symptoms in their childhood or adolescence – which then can lead to psychological impacts later in life. A number of studies support EMDR as being incredibly effective when treating OCD symptoms within adolescents. In studies comparing the use of EMDR versus the use of SSRI medication, results showed individuals who received solely EMDR therapy had a larger decrease in their OCD symptoms within the first 12 weeks of treatment in comparison to those only on medication.

To further explore the possibilities of EMDR being used for OCD treatment, the EMDR Phobia Protocol was developed by John Marr (2012). His methods utilized the adaptive information processing (AIP) model and required patients to “process current obsessions and compulsions, envision future situations and recall past trauma.” He found that when these protocols were used with adolescents and young adults, individuals experienced a 70-76% decrease in more extreme OCD symptoms. Potik's (2017) study further demonstrates the effectiveness of EMDR – with his study finding the treatment successful in relieving OCD symptoms. His participants also recalled having improved social and occupational functioning within the first 10 sessions of the AIP model.


EMDR for Patients Suffering with Trichotillomania


Trichotillomania is characterized by excessive hair pulling and is regarded as an Impulse Control Disorder rather than a Compulsive Disorder. However, recent case studies highlight the efficacy of EMDR in treating patients with trichotillomania – especially in cases where trauma has been present. One report showed a participant who had previously been exposed to sexual abuse and found her hair pulling significantly subsided after a few sessions of EMDR.

However, it is important to note that this study focused on a participant with trichotillomania who had a past traumatic experience. Little research has been conducted on the effects of EMDR in trichotillomania patients who have not experienced such events.

Treating OCD with Other Modalities


It is widely known that EMDR is not the main treatment used for OCD, as other clinical therapies have been proven to be more successful. For example, many clinicians opt to use Exposure and Response Prevention (ERP), which consists of two systems:


Despite ERP being a relatively successful treatment, many patients feel that this form of therapy is too intrusive, as they feel they are putting themselves in danger. Instead, some clinicians may prefer to use cognitive behavioral therapy (CBT) without exposure as an alternative.


One of the most common approaches to treatment for OCD symptoms is CBT. CBT is a form of talk therapy that allows a patient to look at the cycle of their feelings, thoughts, and behaviors. This treatment helps a patient to view their problems as smaller and more manageable, allowing for previous negative thought patterns to be broken. Unlike other treatments, CBT focuses on the current problems a patient is facing – however, sole use of this therapy could be considered slightly lacking, as CBT rarely addresses the root of these anxieties. Learn more about CBT for anxiety and OCD from our free continuing education (CE) seminar.


With ERP or CBT working successfully for a number of individuals but not all, and still having negatives to the method, this begs the question: should EMDR be used as a treatment option alongside another modality? Up to 50% of OCD patients resistant to CBT therapy have been exposed to traumatic events, while other studies suggest that the most effective way to treat those with OCD is to integrate a variety of therapeutic techniques.

Using EMDR in conjunction with CBT or another similar modality can be a very effective tool with patients, and may often have a higher positive response rate than the sole use of CBT. This is most likely due to PTSD and OCD sharing similar underlying systems, such as dissociation and trauma. Therefore, if you find your patient has an underlying trauma in addition to OCD or trichotillomania, adding EMDR in conjunction to your approach may produce better results.


EMDR can be successfully adapted for OCD treatment. For instance, Marr's EMDR Phobia Protocol starts with addressing previous traumatic experiences and then incorporates specific OCD triggers. These compulsions are then tackled by imagining a successful future action – he recommended the participants envision themselves in the future, not reacting to these feelings with a compulsion. EMDR is also thought to work well in conjunction with other conventional OCD treatments such as CBT and ERP.

Here at PESI, we are proud to offer a multitude of online courses to allow clinicians to expand their skill set. Learn more about how EMDR therapy can be a viable treatment method for OCD or, for more information on training and our PESI online courses, contact our helpful team today.