In Consultation: Seeing Children through a Polyvagal Lens

As published in Psychotherapy Networker Magazine 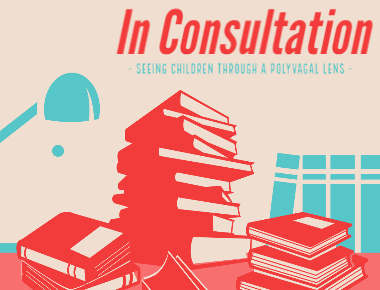 Q: I’m seeing a young child who misbehaves at school and isn’t responding well to the reward system his teacher uses. Is there another approach I can recommend?

A: Offering external incentives like stickers, toys, or even social approval won’t help many children change their behaviors because, contrary to popular beliefs, human behaviors aren’t solely predicated on a drive to maximize gains and avoid losses. Rather, on a basic biological level, they reflect subconscious perceptions of safety and threat that are constantly in play through the actions of our autonomic nervous system (ANS).

With his Polyvagal Theory, neuroscientist Stephen Porges offers a road map for understanding the ANS based on the fact that humans come hardwired to avoid threat and seek physiological safety by connecting with others. From the moment we’re born, our nervous systems are constantly searching for signs that it’s safe to connect. When we can’t connect to reduce our neuroception of threat, we experience stress responses, often in the form of behavioral challenges.

Unfortunately, many well-meaning educators are unaware of the powerful force that the ANS exerts on childhood behaviors, and so they continue to rely on the binary notion that children’s behaviors are either compliant or noncompliant. This popular paradigm views all behaviors as incentivized and motivated, rather than instinctual and safety-seeking.

When Colwyn first came to my office, he was five years old and suffering from stomachaches that his pediatrician suspected stemmed from anxiety. A few months earlier, he’d started kindergarten. Though he’d been excited to attend “real” school like his two older sisters, he’d had a rough start. Accustomed to the more freewheeling environment of his preschool, he had difficulty adjusting to the demands of his new classroom, where he was expected to sit still and focus for long stretches. Instead, Colwyn would routinely get up to wander around the classroom, pulling out toys or otherwise disrupting the class.

His teacher, organized and energetic, immediately initiated a behavior-management approach using a system of green, yellow, and red dots that she affixed next to each child’s name on a large board that hung on the classroom wall. Each week, the children who managed to accrue mostly green dots next to their name were rewarded with special prizes, such as frosted cupcakes with rainbow sprinkles or jars of colorful playdough she made from scratch in her kitchen.

Colwyn wanted the special prizes as much as his classmates did, but no matter how hard he tried, he regularly began the day with behavior that generated yellow dots. By the day’s end, rather than work his way up to green ones, he’d displayed other disruptive behaviors, which earned him the dreaded red dots. Far from teaching or motivating him, the teacher’s method caused Colwyn additional stress. Within weeks, he’d started crying and screaming before leaving the house in the morning, and eventually he refused to go to school at all.

Needless to say, Colwyn’s teacher wasn’t intentionally trying to cause him stress; she had the best intentions to motivate him toward good behavior. Various methods of rating and consequencing behaviors are standard fare in today’s education system. But even though they’re designed to act as visual reminders that incentivize children to develop self-control and make good choices, I’ve found they often do the opposite for kids like Colwyn. Why?

Many traditional approaches assume that all children’s behaviors are deliberate, leading adults to react to problematic behaviors—whether in the form of language, physical actions, or emotional outbursts—by issuing consequences for this “choice” to misbehave. What we fail to recognize is that emotional and behavioral control is a developmental process, and many vulnerable children and teens require years to develop that ability. Contrary to current practices, the way to build it is by creating zones of relational safety around the child, not by offering rewards, consequences, and punishments.

Early on in my work with behaviorally challenged children, I often found that the techniques I was taught in graduate school were ineffective. To find out why, I went beyond the field of mental health to study brain development in young children. Then, influenced by the work of psychiatrist Stanley Greenspan and child psychologist Serena Wieder, who created DIR Floortime Model, I came to appreciate the importance of understanding that all behaviors have meaning. Rather than focusing on eliminating them, we need to understand the adaptive purposes they serve for each child. During this reeducation, Porges’s Polyvagal Theory provided the neuroscientific rationale for embracing relational safety as central to human emotional regulation and behavioral control.

I began my work with Colwyn’s teacher and parents by explaining the difference between bottom-up and top-down behaviors. Bottom-up behaviors are driven by an instinct for safety and survival. It’s not until early toddlerhood that children even begin to develop top-down, deliberate control over their emotions and behaviors. Top-down control doesn’t just happen at a certain age; it’s a developmental process that’s different for each child. Colwyn wasn’t close to having control over his emotions and behaviors, and that’s why the dot chart didn’t work for him—no matter how much he wanted the teacher’s cupcakes and homemade playdough.

It was my job to help the adults in Colwyn’s life embrace a more developmental understanding of his social-emotional development and its impact on his lack of behavioral control. I explained that instead of seeing a little boy exhibiting “bad behaviors,” I saw a child exhibiting “stress behaviors,” adaptations of his ANS working valiantly to help him feel safe. Colwyn’s disruptive behaviors were his body’s way of managing his neuroception of threat and trying to feel safe. The sticker chart was ineffective because every time he got another red dot, his stress increased, causing the emotional outbursts. In other words, these were bottom-up behaviors, not the result of his poor choices.

While other kids in his class had more advanced self-regulation skills, Colwyn’s neurobiological capacity for self-control wasn’t there yet. Rather than punishments or rewards, he needed emotional support via cues of safety, communicated by caring adults. If his nervous system felt safe, his anxiety would decrease, and his external behaviors would reflect this emerging sense of inner calm.

I explained to his teacher that my evaluation of Colwyn revealed that he was particularly sensitive to adults’ tone of voice and facial expressions. Most children, in fact, respond favorably to the cues of safety that adults project when they feel calm and in control. This led to a discussion about our “selves” as the most important tool in addressing children’s behavior.

When an adult feels anxious or stressed, children pick up on it. To demonstrate, I showed her a video from a recent session, in which his mother and I were playing with Colwyn using a melodic voice and playful gestures, which helped him feel calm, and the teacher was surprised at how interactive and lighthearted he was. She’d never seen that side of him in the classroom. I let her in on a secret: playing with children, even if it’s simply interacting in a playful way they enjoy, is a sure way to help them feel safe.

Once his teacher understood that Colwyn wasn’t making poor choices but adapting to feeling physiologically overwhelmed in the classroom, we devised a new plan. Colwyn wasn’t the only child whose developmental level made the color-coded chart an ineffective system, so she stopped using it. Instead, as soon as she noticed Colwyn start to bite at his fingers, anxiously scan the room, or rock in his chair—clear signs that he was moving out of a calm state and needed relational support—she’d cheerfully invite him to sit by her or bounce on an exercise ball his parents bought for the classroom. The teacher understood that what Colwyn really needed was a shift in how she interacted with him. And since she had a room full of other students to interact with as well, she requested a warm and engaging classroom aide who could provide the same cues of safety to each student in the classroom, so everyone benefitted.

Over time, we transformed what had begun as a stressful kindergarten foray for Colwyn into a successful year. Without abdicating control, his teachers and parents shifted from managing his behaviors to truly understanding and working with them from a neurodevelopmental perspective. We can learn to appreciate that what some may see as “problematic” behaviors can actually teach us a lot about what children need from relationships and from the environment. When we shift our lens from viewing behaviors as either compliant or noncompliant to seeing them as adaptations, a whole new paradigm for supporting children’s behavioral challenges opens up.

Mona Delahooke, PhD, is the author of Beyond Behaviors: Using Brain Science and Compassion to Understand and Solve Children’s Behavioral Challenges

This article published in the Psychotherapy Netwoker Magazine, January/February 2020 issue.


Get this NEW approach to solving behavioral challenges... 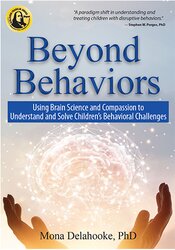 In Beyond Behaviors, internationally known pediatric psychologist, Dr. Mona Delahooke describes behaviors as the tip of the iceberg, important signals that we should address by seeking to understand a child’s individual differences in the context of relational safety.

Neuroscience-based effective tools and strategies for children labeled with: