Brené Brown on Vulnerability as a Crucial Strength 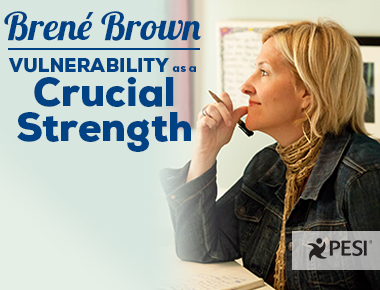 What's the difference between guilt and shame?

Thank you for sharing this truly wonderful interview transcript. It contains some of the most powerful psychotherapeutic message that I have read in many years. It has come at the right time for me as I have, only recently, begun to name my shame and acknowledge my vulnerabilities but, having read Dr Brown's skilled and insightful observations, I now feel more empowered and a litle less vulnerable.