Drs. John and Julie Gottman share what they’ve learned from more than 40 years of research 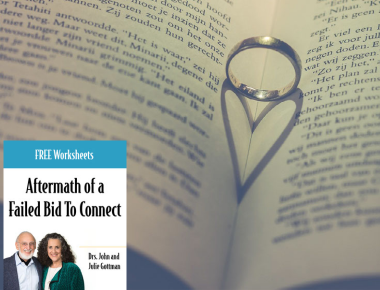 In relationships, “bids” are the fundamental unit of emotional communication. They’re the small, everyday requests to connect with your partner. They can be verbal or nonverbal, big or small. It might look like questions about your partner’s day, a physical gesture or even a wink.

When one partner makes a bid for connection, the other can respond in one of three ways:
Turning toward a bid nurtures emotional connection and makes people feel seen and heard.

The other two reactions sow resentment and discontent between partners and, if not addressed, can lead to the breakdown of their relationship.

Failed bids to connect are one of the major sources of conflict between people in intimate relationships.

To help your clients repair a failed bid for connection, we’re offering free Aftermath of a Failed Bid to Connect worksheets.

The 5 simple steps you’ll find in these worksheets were created based 40 years of scientific research—NOT guesswork or opinion—and have been proven to help clients and their partners overcome disconnection. 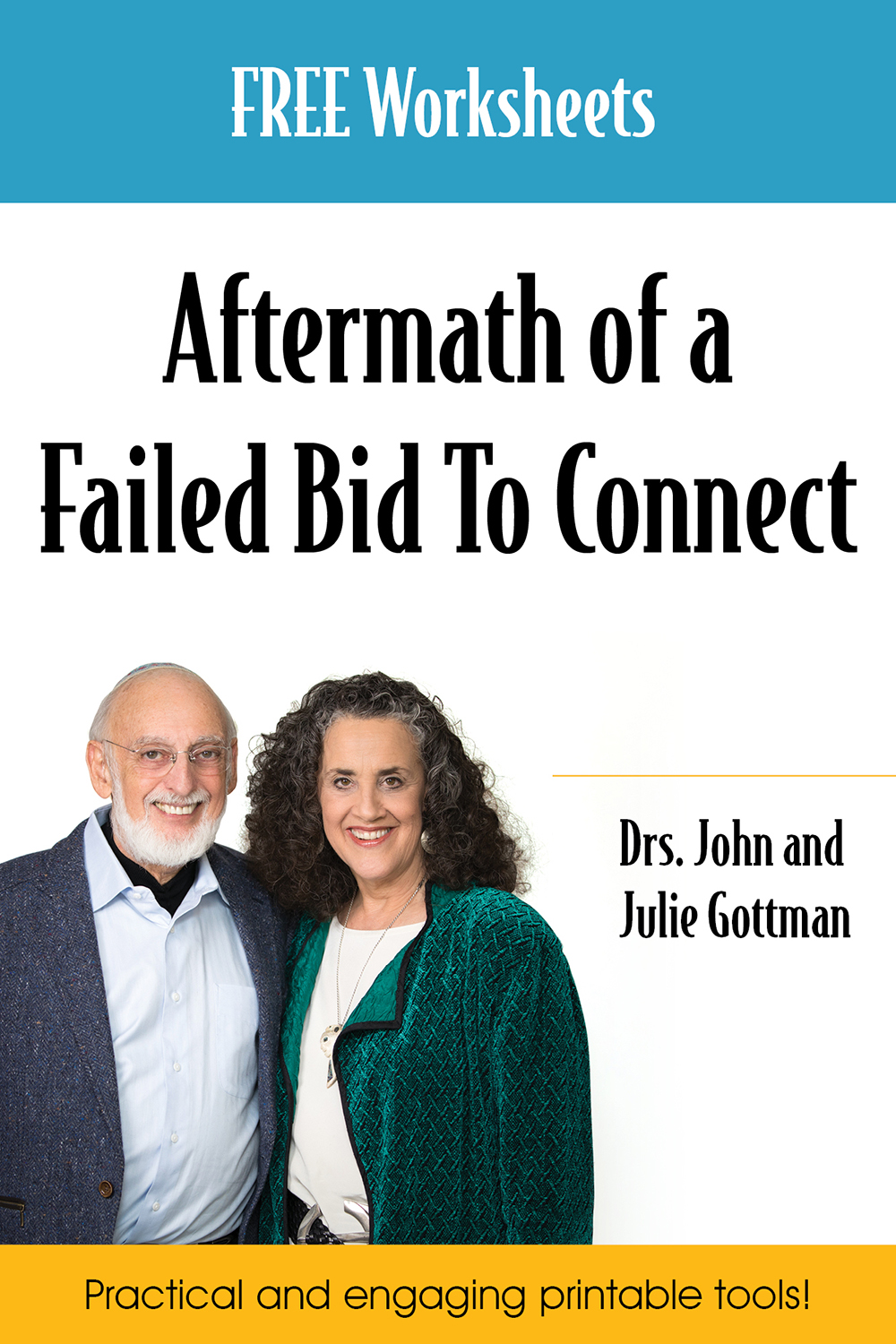 Work with individuals or couples who have experienced trauma or affairs? Then this all-new online course is for you! 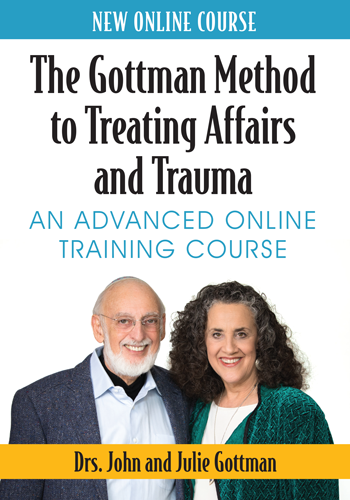 Affairs and trauma both rupture the very foundation on which committed relationships are built... Making these two of the most challenging issues clinicians face.

If you’re treating someone for trauma or PTSD, and that client is in an intimate relationship, couples therapy is an essential component of treatment for the PTSD sufferer, their partner, and the relationship itself.

Not only that, but men and women both can have a PTSD response to affairs and betrayal in relationships.

Based on more than 40 years of scientific research and private practice, Drs. John and Julie Gottman now understand a great deal about the process of healing trauma—in both individuals and relationships... And they share everything they’ve learned in their all new course, The Gottman Method to Treating Affairs and Trauma: An Advanced Online Training Course.

This training has the power to transform your practice, even if you’ve never considered yourself a “couples therapist.”
LEARN MORE
Meet the Expert:
John Gottman, PhD, is Professor Emeritus of Psychology at the University of Washington, where he established “The Love Lab” and conducted much of his award-winning research on couple interaction and treatment. Dr. Gottman has studied marriage, couples, and parent relationships for nearly four decades. He has authored or co-authored over 200 published articles and more than 40 books, including: The Seven Principles for Making Marriage Work, The Relationship Cure, Raising an Emotionally Intelligent Child: The Heart of Parenting, and The Man’s Guide to Women.

Julie Schwartz Gottman, PhD, is the co-founder and President of The Gottman Institute, and Clinical Supervisor for the Couples Together Against Violence study. A highly respected clinical psychologist, she is sought internationally by media and organizations as an expert advisor on marriage, sexual harassment and rape, domestic violence, gay and lesbian adoption, same-sex marriage, and parenting issues. Creator of the immensely popular The Art and Science of Love weekend workshops for couples, she also designed and leads the national certification program in Gottman Method Couples Therapy for clinicians. Her other achievements include: Washington State Psychologist of the Year; Author/co-author of five books, including, Ten Lessons to Transform Your Marriage, And Baby Makes Three, The Marriage Clinical Casebook, 10 Principles for Doing Effective Couples Therapy, and The Man’s Guide to Women; Wide recognition for her clinical psychotherapy treatment, with specialization in distressed couples, abuse and trauma survivors, substance abusers and their partners, and cancer patients and their families.