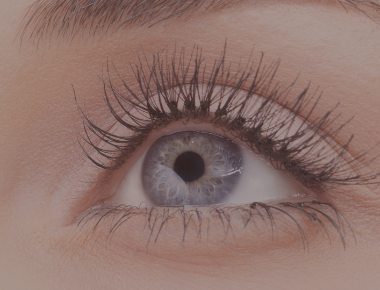 
Although Eye Movement Desensitization and Reprocessing (EMDR) was mainly popularized due to its success with patients experiencing symptoms of posttraumatic stress disorder (PTSD), research has found that EMDR is also helpful in treating other disorders. Symptoms of mental health conditions such as anxiety, depression, and phobias are also known to improve from effective EMDR treatment, as well as many common eating disorders, including anorexia, bulimia, and binge eating.

Through this article, we’ll discuss how eating disorders can stem from underlying traumas people may have experienced earlier in life, whilst highlighting how EMDR can be used as a viable treatment method for clients with eating disorders.


All trained clinicians will be aware of the clinical symptoms of eating disorders including anorexia, binge eating, and bulimia. However, what is less commonly discussed is the notion that eating disorders can affect people from all walks of life – and sometimes, they can derive from traumatic experiences from people’s past.

Eating disorders mainly affect a person’s perception of food and their body image - some patients may adopt restrictive attitudes towards their diet, whereas others may feel a loss of control over their eating. National surveys estimate that 20 million women and 10 million men in the US may develop an eating disorder at some point in their lifetime, although the causes of eating disorders are not well known. It’s believed that these disorders are developed due to a range of physiological, sociological, and biological factors.

EMDR Therapy as a Treatment


Eye movement desensitization and reprocessing (EMDR) is a form of psychotherapy which has been empirically validated as helping patients who suffer with a range of mental health conditions, predominantly PTSD. Whilst using eye movements and other forms of bilateral stimulation (BLS) to help the brain process traumatic memories, this treatment is also effective at treating other forms of mental health conditions, including eating disorders. For more information on the practice of EMDR itself, read our helpful guide on what EMDR therapy is and how it works.


Despite popular belief that EMDR solely treats PTSD, EMDR is also thought to be effective when treating conditions such as eating disorders, as there is often a link between these conditions and trauma.

When treating a patient for an eating disorder, it’s important to consider that unresolved trauma may actually manifest through eating disorder symptoms. For example, binge eating can be used in an attempt to numb feelings associated with traumatic experiences. Eating disorders are not always strictly about food – and, as a clinician, that’s a consideration that’s crucial to effective treatment. Research has shown a link between ACEs (Adverse Childhood Experiences) and the clinical characteristics of eating disorders (Guillaume et al., 2016). Those who have experienced a form of trauma in their life may then have a higher likelihood of developing disordered eating as a by-product of this trauma. A patient may be battling emotions of guilt, shame, and anger that stem from their past experiences and, therefore, will turn to food to regain an element of control.

Traumatized eating can present itself in many forms:
Traumatic experiences can create a sense of turmoil, so focusing on food can allow a person to feel that they have regained a sense of control that they lost due to their trauma. A person may feel powerless after a traumatic incident and therefore resort to restrictive behaviors. In contrast, some people with eating disorders may feel a lack of control and, instead, disassociate when they eat, causing them to eat drastically more than they should.

However, traumatized eating can be overcome by recognizing underlying trauma. After the trauma has been identified, strategies and treatment options, such as EMDR, can be developed to help people cope with unwanted thoughts and emotions.


Examples of Traumatic Experiences That Could Cause Eating Disorder Symptoms


Although every individual is different, and what qualifies as a traumatic experience to one person may not to another, there are a number of common experiences of trauma that have been shown to lead to the development of eating disorder symptoms.

Experiencing trauma affects how people view themselves and their bodies. Therefore, this can hinder a person from maintaining a healthy body image. Sexual assault trauma can become a catalyst for developing an eating disorder. People who experience sexual assault may later go on to develop a detachment from their body, causing them to feel the need to punish themselves. This can then manifest itself in controlling behavior towards food – feeling a temporary sense of control, and suppressing difficult emotions. Although a person may adopt these behaviors to protect themselves from negative thoughts and feelings, in the long-term, this coping mechanism can be extremely detrimental to their physical health.

Sexual Trauma Amongst US Servicewomen

Military Sexual Trauma (MST) refers to threatening sexual harassment or assault in the military. In 2012, the Workplace and Gender Relations Survey revealed 21.7% of military women experienced unwanted sexual contact since joining the military. Studies further showed that this number was only increasing. Military sexual trauma is associated with poor mental and physical health consequences, including an increased likelihood of developing an eating disorder. The unique setting of working within the army often requires female veterans to have to work close to their perpetrators, causing the effects of MST to become far worse.

Joining the military is both physically and mentally demanding. Army personnel are required to adhere to strict weight requirements and monitor their eating. In addition to this, veterans are most likely going to be exposed to severe traumatic experiences on their tours, resulting in the potential to develop PTSD. All of these factors may contribute to how a person views themselves and the world, and can lead to disordered or traumatized eating. Bodell et al. (2014) researched a phenomenon of binge eating among ex-military veterans and found specific factors that led to binge eating. Many participants reported that they:

Trauma doesn’t have to be something that necessarily affects a person directly – instead, trauma can present itself as an inherited response caused by a person’s surroundings. Research reveals that hardship can leave its marks on a person’s DNA expression. One study from the University of California revealed the sons of PoWs (prisoners of war) had an 11% higher mortality rate than the sons of non-PoW veterans. Studies investigating intergenerational trauma have also shown that those with RNA (similar to DNA) molecules that had been exposed to trauma had alterations in food patterns, such as overeating and higher calorie intake (Henriques, 2019). Some results even suggested a change in the way the body responded to insulin (Henriques, 2019).

Similar to other types of trauma, intergenerational trauma can lead to disordered eating behaviors. People may turn to food for comfort or, instead, as a form of control. These coping strategies are most likely utilized to repress feelings of shame, anxiety, and anger caused by a loss of culture and freedoms.

Eating disorders in Black, Latino, Asian, and Indigenous people can be often overlooked due to harmful stereotypes of eating disorders only affecting young, White females. However, studies show that Black teenagers were 50% more likely than White teenagers to demonstrate bulimic tendencies. Similarly, Hispanic adolescents were more likely to suffer from bulimia nervosa in comparison to their White counterparts.

Studies have also shown that there is a high prevalence of disordered eating behaviors in minority populations in general (Solmi et al., 2014), and research in South-Asian populations have suggested that the incidence of certain eating disorders, specifically bulimia nervosa, is higher in South-Asian populations than White populations (Mumford et al., 1991). These societal pressures are prevalent, and they come in the form of comments or suggestions which are often made if a woman does not match this ideal body type, conditioning individuals to go to extremes pursuing this ideal. Research has found that this is a common theme in the South-Asian community that can prime individuals to develop disordered eating habits and behaviors (Wales et al., 2017).

Racism can cause a significant amount of trauma to an individual, which can then lead to disordered eating. Women of color especially can often experience a significant amount of trauma, as the result of both sexual and racial discrimination. Shockingly, studies have shown clinicians are far less likely to refer Black women to professional help for their disordered eating.

However, here at PESI, we are determined to promote inclusivity to the highest degree. We ensure all clinicians are welcome to learn about the different eating disorder treatments available to best serve their clients with access to our digital libraries and products. Our expert team speaks to a larger community, rather than an isolated group – and encourages inclusivity through every step of the journey. We have online courses which address strategies for inclusivity, and we also host seminars from experts from a wide range of backgrounds in order to provide educational content from a range of perceptions.

Although EMDR was initially thought to be only useful for treating patients solely with PTSD, studies have shown that EMDR treatment can be adapted to treat those with eating disorders, particularly if a trauma background is present. A large number of people who have developed an eating disorder will most likely have experienced, or are continuing to experience, trauma. EMDR is effective in tackling these underlying traumas by desensitizing a person from these feelings and thoughts.

The Body Image Memory questionnaire has specifically been adapted from the initial EMDR treatment process, where participants record their feelings towards their BMI past and present, and then how it makes them feel. This is to tackle the attitudes towards their body image, and to discover the reasons for their perceptions of themselves today. Similarly, The Body Investment scale is a measure of both self-destructive tendencies and emotional investment in the body. These adaptations have proven to be effective in treating people with eating disorders, and can be used both by itself, or in conjunction with other treatments.

However, it’s extremely important to note that patients who are displaying symptoms of eating disorders may not have experienced trauma in their past – and have developed eating disorders due to other concerns, such as family relationships, culture/peer pressure, or genetics. So, although EMDR can be highly useful in treating eating conditions in someone who has experienced a trauma, it would be inadvisable to attempt this type of therapy on someone who has not experienced said trauma.

If you’re interested in learning more about EMDR, we have a range of blogs and online courses covering this topic. For more information about EMDR training through PESI, contact our friendly team today.