What Successful Couples Are Doing Right 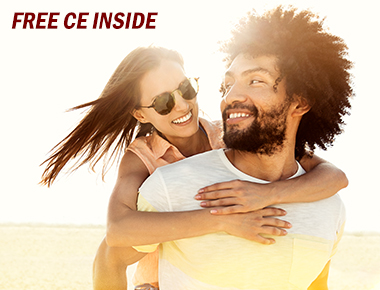 In our research, we’ve found that successful couples turned toward their partner’s bids for connection 86 percent of the time. A bid can be something as simple as saying to a partner, “Wow, look at that beautiful boat out the window.” Then the partner can turn away by either ignoring the bid or responding, “Would you stop interrupting me? I’m trying to read.” Or the partner can turn toward the bid with even a simple acknowledgement, like “Huh, look at that.” Every time people turn toward each other in relationships, they’re building up an emotional bank account.

So let me describe each one of these in our terms. The first is The Sentry, which is all about the fear system. When one partner feels afraid to go to the grocery store, for example—maybe a shooting just happened near there—what does the partner do? Does the partner turn toward them and say, “Okay, I’ll go instead,” or “I’ll go with you”? Or does the partner say, “Get over it” or “Just go to another store,” essentially turning away. In other words, how do people respond to each other’s need for protection or help with fear?

The Nest Builder is all about nurturing: that’s when one partner needs warmth, connection, and nurturing. How does the other partner respond to that? The Explorer is about adventure, discovery, and The Jester is about having fun. John and I have a gigantic difference here, and that’s what you’ll see in many couples. My idea of fun and adventure is going to Antarctica, and John’s is sitting in his chair, reading about differential equations. So when he tries to explain these to me, I make an effort to turn toward him and say, “Tell me all about it,” which is a huge stretch for me. But it’s important that we help couples who have different ways of having fun turn toward each other’s preferences.

The Commander in Chief is at the center: it’s about power struggles. Who’s going to have power? Who’s going to decide things? Are they going to share power, or are they comfortable with one person being more powerful in this area and another in that area? It’s important to help people create what they’re comfortable with. Finally, The Energy Czar is really about our own metabolism and basic needs for sleep, food, nutrition, exercise. In this arena, it’s all about partners supporting each other’s energy needs.

Now let’s talk a bit more about turning toward bids in the sensual system. There’s a fabulous book called The Normal Bar, in which the authors conducted a study with 70,000 people in 24 countries, asking what helps couples have a great sex life. The couples they asked were from all walks of life, all classes, all different socioeconomic statuses, all different ethnic and racial origins. What they found across the board were that people who have a great sex life say “I love you” to their partner every day and mean it. They kiss one another passionately for no reason at all, give compliments, give surprise romantic gifts, know what turns their partner on and do it often, are affectionate in public, play together, have fun—and they cuddle, cuddle, cuddle. Cuddling is good; nurturing is good for sex. These people make sex a priority, talk about their sex life, have weekly romantic dates, take romantic vacations.

In contrast, the Sloan center at UCLA found that couples who have a bad sex life spend very little time together with each other: they become job- and child-centered. They talk mostly about their huge to-do lists during the 35 minutes they spend together a week. Think about that: they talk 35 minutes a week on average. They make everything else a priority, rather than their relationship, and they drift apart, live parallel lives, and are terribly lonely.

So the keys to great sex aren’t rocket science, right? Although a few differing theories are floating around out there, these keys are pretty much what you’d expect: warmth, building trust, attunement, talking about preferences, and lots and lots of connection.


This blog first appeared in Psychotherapy Networker as an excerpted from “The New Science of Couples Therapy,” by John and Julie Gottman. The full version is available in the May/June 2018 issue, Men and #MeToo: What Are They Thinking?

Do you want to help your couples stay in love for a lifetime? 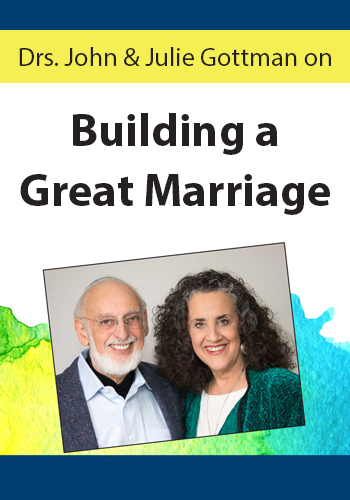 You’ll gain powerful knowledge and strategies you can use to guide your couples in building great relationships that are filled with life-long committed love and affection — plus you’ll earn 1 Free CE hour! 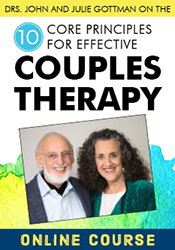 Plus, learn from the world’s leading couples research and therapist duo.

Watch as they bring this groundbreaking clinical map to life in an engaging, comprehensive online course that will transform your approach to couples therapy, and help your couples build lasting relationships that thrive.

Discover how each of the Gottman ten principles apply to successful couples work—and how you can implement these evidence-based principles in your practice to bring greater healing to your clients.