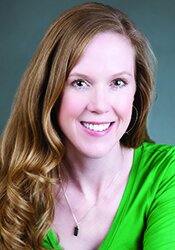 Jenni is the author of several books, including Life Without Ed: How one Woman Declared Independence from her Eating Disorder and How You Can Too, and she has contributed to anthologies like the Chicken Soup for the Soul series.  A sought-after speaker on addiction and food disorders, relationships, depression, and career, Jenni has appeared on Dr. Phil, Dr. Oz, the Today show and Entertainment Tonight, as well as in print coverage from Cosmopolitan and The New York Times.  She is also a blogger for The Huffington Post, and her work has appeared in Publisher’s Weekly, The Chicago Tribune, Glamour, Shape, the Washington Times, Woman’s World, Seventeen, and more.

Financial: Jenni Schaefer is a senior fellow at Meadows Behavioral Healthcare. She is an ambassador for the National Eating Disorders Association. Ms. Schaefer is an author and receives royalties.

Non-financial: Jenni Schaefer has no relevant non-financial relationship to disclose.