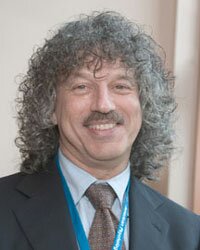 Robert W. Levenson, Ph.D., is a professor of psychology at the University of California Berkeley.  He works in the areas of human psychophysiology, affective neuroscience and the interplay between them.  His work has focused on the nature of human emotion including physiological manifestations, variations in emotion associated with age, gender, culture, and pathology, and the role emotion plays in interpersonal interactions.  Early in his career, he teamed up with Dr. John Gottman in scientific studies that observed physiology, emotion, and interactive patterns in intimate relationships and predicted their outcome. Drs. Levenson and Gottman have continued their work together in a twenty-year longitudinal study of long-term first marriages in middle-aged and older couples. In addition, Dr. Levenson has studied the role of emotion in normal aging and the impact of neurodegenerative diseases on emotional functioning.

Dr. Levenson is one of the founding members of the American Psychological Society (APS) and served as APS president as well as president of the Society for Psychophysiological Research. In 2013 he received the first APS Mentor Award for lifetime achievement in psychology research and education and for shaping the future of science by fostering the careers of students and colleagues. After publishing over 200 journal articles, in 2014 he also received the Association for Psychological Science William James Fellow Award for his lifetime of significant intellectual contributions to the basic science of psychology.