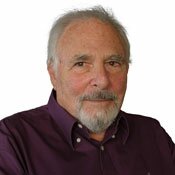 Paul Ekman, Ph.D., Professor Emeritus in Psychology at UCSF, is the researcher and author best known for furthering our understanding of nonverbal behavior, encompassing facial expressions and gestures. In addition to his own distinguished academic career, Ekman has authored more than 100 published articles and holds several honorary doctoral degrees. A pre-eminent psychologist and co-discoverer of micro expressions with Friesen, Haggard and Isaacs, Ekman was named by the American Psychological Association as one of the most influential psychologists of the 20th century, and TIME Magazine (2009) hailed him as one of the 100 most influential people in the world.