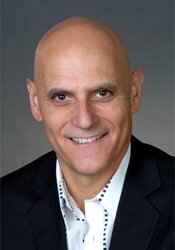 Steven C. Hayes, Ph.D., is the co-founder of Acceptance and Commitment Therapy (ACT), best-selling author of Get Out of Your Mind and Into Your Life and Nevada Foundation Professor at the Department of Psychology at the University of Nevada.  An author of 44 books and nearly 600 scientific articles, he has shown in his research how language and thought leads to human suffering, and has developed ACT as a way of correcting these processes.  Hayes has been president of several scientific societies and has received several national awards, such as the Lifetime Achievement Award from the Association for Behavioral and Cognitive Therapies.

His popular book, Get Out of Your Mind and Into Your Life was featured in Timemagazine among several other major media outlets, and for a time was the number one best-selling self-help book in the United States.

Steven Hayes speaks internationally on acceptance and mindfulness and is one of the world’s most influential and cited clinical psychologists.

Financial: Dr. Steven Hayes has employment relationships with the University of Nevada, the Institute for Better Health, and Praxis Continuing Education and Training. He receives royalties as a published author. Dr. Hayes receives a speaking honorarium and recording royalties from Psychotherapy Networker and PESI, Inc. He has no relevant financial relationships with ineligible organizations.