It's Just a Little Crush: When client relationships lean romantic. 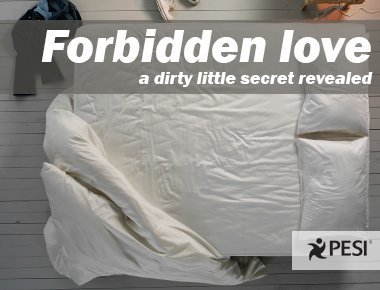 In our consultation group, the subject of falling in love with a client was once broached purely theoretically, and everyone became uncomfortably quiet. Nobody shared a personal experience. The message we gave each other was clear: Whatever you do, don’t talk about having a crush on a client!

I want to break our conspiracy of silence so that we can get help when we need it. And believe me, when it came to Scott, I needed help.

Scott was 34 years old when he was referred to my therapy center by the courts. He had a violent and explosive past. He was unmarried, childless, and an amateur jazz musician. He was gorgeous, at least to my taste: tall, well-built, and (like many men with a history of violence) charming, intelligent, and a champion at forming relationships.

In my initial work with Scott, I could see that he was uncomfortable to be in a relationship in which he was not totally in control. Usually, I quickly get a feel for how to establish a collaborative relationship where I am, nevertheless, in charge. Not with Scott.

With Scott, I was flirting instead of guiding.

In session, he worked hard to please me and often told me what a fabulous therapist I was. I’d heard it all before, but this time, I did not use a client’s compliments as therapeutic material; I simply let them wash over me. I loved participating vicariously in his exciting life, and I was flattered that he kept me emotionally present even when we were apart.

The worst part was the terrible isolation I felt. For two months, embarrassed and ashamed, I struggled internally and alone. I didn’t tell my husband, Dennis, or anyone else.

I finally addressed my crush in my consultation group. We began exploring my feelings. “What is he bringing up in you?” they asked. “What’s getting stirred?”

As I began to talk openly about my feelings, I realized that danger existed only if I behaved unethically. I was clear on my marital and professional responsibilities. I was not about to act out my crush.

Scott reminded me of my own carefree younger days, when I’d first fallen in love with Dennis. Dennis made me feel special then–he read everything I wrote, told me I was brilliant and came to my speeches. We hiked and lifted weights together, went out for dinner and stayed up talking long into the night.

I told Dennis about what had been going on. We started working out together again and taking walks without the kids. We went away together and spent a wonderful weekend in New Orleans.

With time, I stopped feeling like a deer frozen in the headlights. I began working with Scott with an easier mix of head and heart. Our consultation group also changed: we began taking greater risks with one another and the therapy we did subsequently improved. We commented on the new level of intimacy we had reached together.

Scott finished therapy six months later without ever having known about my crush.

Have you had a crush on a client? How did you handle it?
Tell us in the comments below.

Don't put your career at risk. Learn how to protect yourself when boundaries blur.

This post is based on an article originally brought to life by our partner, Psychotherapy Networker.

Click to read the full article, “The Crush,” written by Mary Jo Barrett.