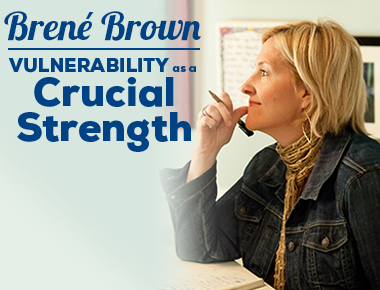 Escaping the Shame Trap
Brown has taken the concepts of shame and vulnerability and turned them completely on their heads. In short, she subversively makes shame less shameful, a part of the ordinary human condition. So the question isn’t why shame, but what to do about it. 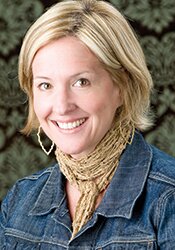 Brene´ Has spent the past two decades studying courage, vulnerability, shame, and empathy.  She is the author of six #1 New York Times best sellers and is the host of two award-winning Spotify podcasts, Unlocking Us and Dare to Lead.

Brene´’s Books have been translated into more than 30 languages, and her titles include Atlas of the Heart, Dare to Lead, Braving the Wilderness, Rising Strong, Daring Greatly, and The Gifts of Imperfection.  With Tarana Burke, she co-edited the best-selling anthology You Are Your Best Thing: Vulnerability, Shame Resilience, and the Black Experience.

Brene´’s TED talk on the Power of Vulnerability is one of the top five most-viewed TED talks in the world, with over 50 million views. Brene´ is the first researcher to have a filmed lecture on Netflix, and in March 2022, she launched a new show on HBO max that focuses on her latest book, Atlas of the Heart.

Brene´ spends most of her time working in organizations around the world, helping develop braver leaders and more-courageous cultures.

She lives in Houston, Texas, with her husband, Steve.  They have two children, Ellen and Charlie, and a weird Bichon named Lucy.

Financial: Brené Brown is the CEO for The Daring Way and Founder and CEO of COURAGEworks and Brave Leaders Inc. She is a research professor at University of Houston Graduate College of Social Work. She is an author of numerous books and receives royalties from various publishers. Dr. Brown receives compensation as a speaker for numerous other organizations. Brené Brown receives a speaking honorarium from PESI, Inc. She has no relevant financial relationships with ineligible organizations.

Non-financial: Brené Brown has no relevant nonfinancial relationship to disclose.