What ‘Encanto’ Can Teach Clinicians About Intergenerational Trauma

Reflections on the popular Disney film & strategies for working with clients 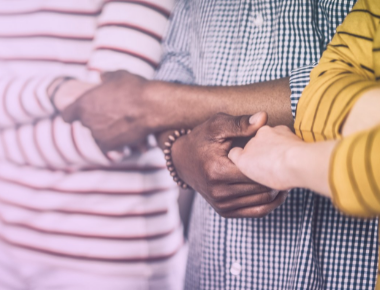 As a Latinx psychologist, I enjoyed Disney’s newest animated film, Encanto, at many levels. The first time I watched Encanto, my Latina inner child reclined back at the theater and reveled while watching a Disney movie that had it all. This movie, with a full Latinx cast and sprinkled with my native Spanish language, is of a family with special powers, in a magical house no less, and portrays characters who look like me.

I was elated that Disney chose a matriarch, the stoic Abuela Alma Madrigal, to lead and keep the family together, as opposed to the traditional male figure typically seen in Latinx and other collectivist cultures. Alma, a word which translates into “soul,” is just what this Abuela and most Abuelas are for Latinx families: the soul of the clan. She keeps them together, infuses them with moral and cultural values, and although she runs a tight ship, she has the best of intentions. Tears were shed at the beauty of this magical world which made me feel like I was back “home.”

A deeper dive into Encanto is not as magical and content, however. Themes of immigration and displacement as well as intergenerational transmission of trauma which are very real issues faced by Latinx and other communities soon emerge. At the beginning of the movie, Alma and Pedro Madrigal are shown being displaced from their home country and forced to flee to a new land. In the process, Alma loses her husband and becomes the single mother of triplets. The matriarch suffers major loss and trauma at the outset of the movie, trauma from which she never fully recovers. This untreated trauma is then passed on to subsequent generations as we see throughout the movie.

Following the tragedy, Alma receives the gift of a magical candle which grants her children and descendants magical gifts as well as the refuge of a magical casita. Alma suffers so much loss that she becomes overprotective, and everything must be perfect. She focuses on everyone’s magical gifts and what they contribute as opposed to each as a person. This is her coping mechanism and what she unconsciously believes will prevent future loss of her loved ones.

In coping with her own trauma, Alma inadvertently transmits trauma to her children and grandchildren. Just like the casita which literally cracks under the pressure, the family members are figuratively doing the same. Bruno was exiled from the family for being different, Pepa is not allowed to express her emotions, Luisa breaks down from a “heavy burden,” Isabela is destined to a loveless marriage, Camilo morphs into anyone but himself, and finally Mirabel is ostracized for not having any magical powers although she is the most powerful of all. It is only after Mirabel helps Alma realize she needs to re-sort her priorities that the family and by extension the casita build a stronger foundation and have a fresh start.

Like the magical Madrigals, my grandparents left our country of origin following a horrific 31-year dictatorship and an ensuing civil war. Similarly, many of my clients are immigrants and refugees who have been forced to flee their country of origin due to warfare, extreme poverty, trauma such as domestic violence, sexual assault, political persecution, and many other traumas. They seek a refuge in our country where they often encounter additional issues and yet more trauma.

Given their past, trauma survivors tend to minimize issues, such as poor communication or family conflicts, which pale in comparison to their traumatic experiences. Unfortunately, they often move forward without processing their harrowing past and continue the intergenerational transmission of trauma.

Children and their children’s children learn maladaptive coping styles from their predecessors. Neutral stimuli may begin to provoke fear and anxiety. As a therapist, it is important to identify intergenerational transmission of trauma and its effects if present and when possible. The steps below are an abridged version and some tips to follow to achieve this goal.

Gain the Confidence & Cultural Competency to Empower Your Most Vulnerable Clients 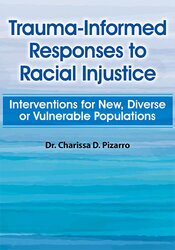 Gain the confidence, cultural competency, and trauma interventions to empower your most vulnerable clients! Gain immeasurable insight from Dr. Charissa Pizarro on how to address diverse populations AND practical, step-by-step recommendations and resources in providing tactical solutions for your clients facing deportation, violence, family separation, or meeting their basic needs.
LEARN MORE
Meet the Expert:
Dr. Charissa D. Pizarro is a bilingual (English/Spanish) licensed clinical psychologist with over 15 years of clinical experience working with diverse clinical populations. She has devoted her career to working with the underprivileged and most needy populations. At present, she heads two grant funded child protective services programs. Dr. Pizarro has a private practice where she treats presenting concerns such as depression, anxiety, trauma and adjustment disorders. In her private practice, Dr. Pizarro works with many undocumented individuals via immigration evaluations. Often individuals seek evaluation for hardship and pardon. The evaluations are often a determining factor in staying or leaving this country and in maintaining or dissolving a family unit.

Dr. Pizarro is an advocate for immigrant rights and belongs to the APA: Immigration Advocacy Working Group in Washington, DC. This group works on advocating for policy changes related to immigration. Through her membership in the Latino Mental Health Association of NJ, Dr. Pizarro presented a pro bono workshop titled "Working with Latinx Populations: Special Considerations for Undocumented Immigrants and Survivors of Trauma." Dr. Pizarro is also a member of APA's Div 37 Diverse Racial Ethnic and Multicultural Special Interest Group (DREAM SIG). In November 2019, Dr. Pizarro was a delegate of the APA in Portugal.

Dr. Pizarro has been awarded multiple awards for her work with children and families as well as her work in social justice.